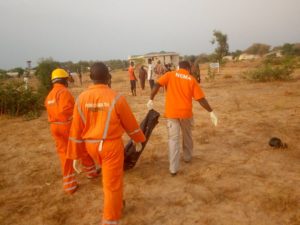 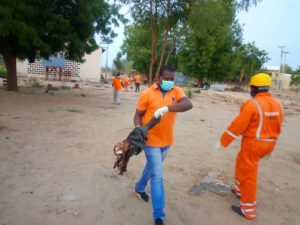 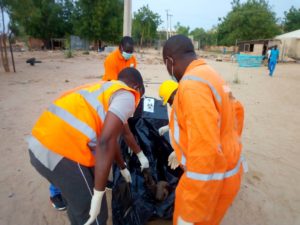 Press Release.
By Sani Datti, Head Media and Public Relations, NEMA.
UPDATE: THREE SUICIDE BOMBERS DEAD, FOUR INJURED
…DG NEMA MEETS STAKEHOLDERS
Three male suicide bombers attempted to enter some locations in the University of Maiduguri at early hours of today, but the vigilant University’s Security and Vigilantes intercepted them.  Immediately they detonated their explosives strapped on them … (injuring) two University security (personnel) and two vigilantes.
This happened while the new Director General of NEMA Engr. Mustapaha Maihaja is in Maiduguri to meet directly with leaders (of IDP camps) and stakeholders to discuss the way forward in responding to humanitarian needs of IDPs.
The remains of the three suicide bombers were evacuated to a Specialist Hospital Maiduguri.