The day “exiled” Dogara came home to Bauchi with bounties 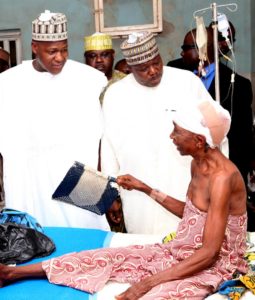 Meeting the needs of the hospitalised.

Parents of 82 Chibok girls yet to see their wards

Machinations begin despite Electoral Act after death of PDP guber candidate in...