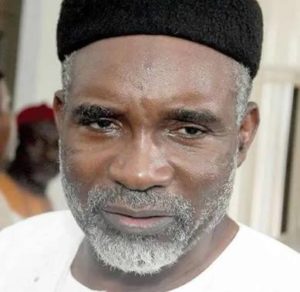 From Musa Solomon, Yola
There was a mild drama during the Workers Day celebration Monday in Yola, when teachers numbering hundreds ambushed Governor Muhammadu Jibirilla Bindow,with placards during the match pass.
Taking the security aides of Bindow unawares, the teachers displayed placards in front of the governor with inscriptions “we teach you don’t cheat us”, ” pay us our five months salaries”, “you don’t keep to your word,” and many others inscriptions calling on the governor to abide to the oath of his office by paying workers their salaries and other benefits.
The security agents made attempts to stop the display of the placards, but it was too little, too late.
The Nigeria Labour Congress (NLC) Chairman Comrade Dauda Maina, urged the governor to pay workers to enable them work hard for the success of his administration.
“The primary school teachers are not happy with the dwindling and delay in clearance of their outstanding salaries and over five years leave and transport grant. Corruption and low productivity cannot be expunged from the civil service if the workers and their families go hungry,” he said.
While speaking to journalists after the event, the governor said that he inherited the problem of salaries from the past administration.
“The past government failed to pay workers, my government is trying its best to pay , but my problem is that what the state is receiving cannot even pay salaries not to talk about salaries arrears,” he stated.
The governor pointed out that workers welfare is the first priority of his administration and that he will ensure that workers are comfortable, noting that they are the engine room of government.

Your Food and You…and Cancer