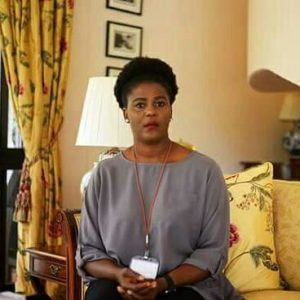 An Abuja-based non-governmental organisation, FAME Foundation – has joined the cacophony of voices asking that the suspended Rivers State Sector Commander of the Federal Road Safety Commission, Mr. Andrew Ikumapayi, be penalised for putting the scissors to the hair of female marshals under his command.
There has been muffled support for commander, but he has been taken to the cleaners in the main for seeking to enforce discipline in his own way.
Ikumapayi is said to have carried out the action because the hair of the marshals was impeding their wearing their official beret caps.
The gender-biased NGO for women empowerment, on Wednesday, in a statement by its founder, Aderonke Bello, called on the Federal Government to prosecute the sector commander for the abuse of his office and harassment of women officers.
The image which was shared on the FRSC Rivers state sector facebook page indicated that the Rivers state Sector commander, Andrew A Kumapayi picked up a scissors to cut off the womens’ hair, publicly.
“The sector commander RS6.1, Rivers CC Andrew A Kumapayi conducting a general (hair, uniform and finger nails) inspection on staff of RS6HQ, Port-Harcourt and RS6.1, Rivers during the parade on Monday 10th April, 2017,” the facebook caption reads with pictures.
In the statement, Bello told the government to act upon this as soon as possible because failure to do so will encourage the harassment of women officers in the nation.
“Mr. Ikumapayi must be penalised for abusing his office and also for harassing women officers’ right in public, this is not allowed, he carried this act out because they are women and also his subordinate, we condemn this act totally.
“The government must investigate this matter as quickly as possible and bring him to justice, he must be penalised by all means within the rule of law, if he escapes, others will follow and continue harassing women officers who are diligently serving their nation,” she concludes.