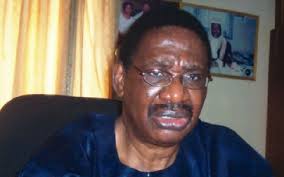 By Tunde Adetunji, Abuja.
Professor of Constitutional Law and Chairman of the Presidential Advisory Committee on Anti-Corruption, Itse Sagay, has told the Senate it is over-stepping its bounds inviting him to come and explain his comments against the lawmakers.
“They have neither power nor authority to summon me. I don’t come within the group of persons or officials they can summon. ”
He was backed by prominent lawyer, Femi Falana, who criticised the federal lawmakers for carrying on with impunity.
A source however wondered Wednesday night how an appointee of government who may have had federal funds spent on him could suggest he was above summons from the federal legislature.
It would be recalled that former Senate Leader and prominent Ibrahim Magu supporter, Senator Ali Ndume, has been sent home by his colleagues. His company of peers asked him to go and cool his heels for six months.
His suspension, Wednesday, followed the recommendation of the Senate Ethics and Privileges Committee;, where Professor Itse Sagay is expected to appear to elaborate on those he was referring to as irresponsible and childish Senators.
Sagay made his comments to the media while analysing the decision of the Upper Legislative Chamber’s refusal to screen 27 Resident Electoral Commissions (RECs) sent in by President Muhammadu Buhari until Ibrahim Magu was removed from office.
On Ndume, the Committee had recommended:
1. That the Senate do suspend Senator Mohammed Ali Ndume for bringing Senator Dino Melaye, his colleague, and the institution of the Senate to unbearable disrepute at this time of our national life when caution, patriotism, careful consideration and due diligence should be our watchwords. ‘
2. The suspension is with effect from today (28th March, 2017) to last for 6 months.
In supporting the motion for Ndume’s suspension, the public was given a rare peep into behind-the-curtain deliberations of the Senate.
Senator Peter Nwaoboshi in seconding Matthew Uroghide’s position on giving Ndume six months suspension said:
“Mr President, I am supporting this but I want to give reasons. I want to make this point that Senator Ndume is not just a first offender. We took a decision on the Secretary to the Government he went outside and maligned the Senate.
“We took the first decision when we came here in our executive session and I want the records to be put that when the report of the DSS was read he rose here and started begging all of us that please we should send Magu back to the president, for president to take a decision on him.
“He was begging everybody here and out of respect for him as a Leader (of Senate then) at that time this Senate obliged him. After that he went out to malign the Senate but he did not tell the public that he was the person who begged us and he even went further and said we should invite him and tell him why we cannot.”
But in a reaction, Sagay pooh poohed the invitation, because, according to him,“they have neither power nor authority to summon me. I don’t come within the group of persons or officials they can summon.
“I will advise them to ask their lawyers to look very, very closely at the provisions of Sections 82 to 89 of the Constitution”.
Sagay had said when the Senate refused to screen RECs: “Buhari would not be cowed by the Senate refusal to confirm the RECs. It is an affront to the Presidency. That action is childish and irresponsible. Do they think Buhari is a man that can easily be threatened? My God! How can people of such character occupy the highest legislative office in the country? Nigeria is finished. It is a great mistake and they will regret it.
“Where the Senate is required to approve a person for a particular position and they refuse to do it, the person could continue to act depending on the nature of the appointment. However, if the nominee is coming from another sector, just like in the case of the RECs, it means they cannot act. However, people below that rank in INEC can continue to act as RECs all over the country as it has been done.”
“What this action means is that the Senate is being occupied by the most unserious set of Nigerians in history. Nigeria is currently at its lowest level because we have people who have no sense of responsibility, who have no feeling and are there for just vanity and are ready to bring down the country in order to feel important, it is the worst case of abuse ever.
“Let them do what they want, they will regret it.”