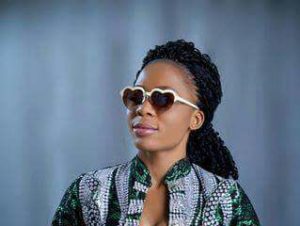 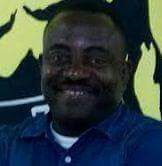 By Edith Yassin, P.R.O., Abuja Writers’ Forum (AWF).
The March 25 Guest Writer Session of the Abuja Writers Forum (AWF) will feature Dave Chukwuji , Samson Kukugho and Ucha Chinonso Obiahu at Aso Hall, Nanet Suites by 4 p.m.
Born and raised in Lagos, Dave Chukwuji likes to tell everyone that his parents are from a small village, Inyi, on the bank of one of the many tributaries of the great River in Ndokwa East Local Government Area of Delta State, while proclaiming himself a Lagosian.
Writing for Chukwuji began purely by chance in secondary school. One day he opened his  copy of West African Verse and found Kwesi Brew’s ‘Mesh’. He read the poem several times; it’s simplicity and direct message captivated him, and he thought to himself, “I can totally do this”. He wrote his first poem the next day.
While in the University of Ibadan, Chukwuji continued to polish his newly found penchant for writing, publishing mostly his department’s press board and often in the national dailies
On graduation Chukwuji joined the advertising industry as a copywriter, and has worked in some  foremost advertising agencies including ZK Advertising, Insight Communications, Lowe Lintas and DKK and Associates, where he is currently the Creative Director.
His debut work of fiction, “City of Gold and Rust”, is described as a novella  where a miniscule part of the human story becomes a grand reflection of everything with our world.
Chukwuji is married to his childhood heartthrob, Ngozi and they are blessed with three children.
Kukogho Iruesiri Samson author of two collections of poems ‘What Can Words Do?” and “I Said These Words” is a writer, photographer, and media professional with experience in journalism, PR, publishing, multi-platform media management.
He is CEO of WORDS RHYMES & RHYTHM LTD (www.wrr.ng), a publishing and social reorientation poetry organization which owns – WRRPOETRY, Nigeria’s largest poetry sharing platform; WRR COLLEGE OF POETRY), Nigeria’s only online poetry college, and AUTHORPEDIA, Nigeria’s only free author resource website. WRR is actively involved in promoting of Nigerian writing and acting as a support base for young Nigerian writers.
Kukogho runs several, self-funded literary projects – the ‘WRR #YouthENGAGE’ project, ‘BRIGITTE POIRSON POETRY CONTEST’, the ‘GREEN AUTHOR PRIZE’ – to support young Nigerian writers. He also organizes the ERIATA ORIBHABOR POETRY PRIZE. He believes in using literature for social advocacy and youth development.
Kukogho has been widely recognized for his contributions to Nigerian poetry. His awards include the Orange Crush First Prize for Poetry, awarded in 2012, and Poetry Writer of the Year, awarded by the Nigerian Writers Awards in 2016.
He is presently a Communications Manager at a Federal Government Agency in Abuja, where he resides.
Ucha  Obiahu  Favour  Chinonso, popularly known as Ucha Df is a professional  singer, songwriter, pianist , guitarist,  poet and actress . She  hails from Afikpo North Local Government Area of Ebonyi State .
Born  the sixth of eight children,  Ucha Df started her musical career at the age of 14 in Lagos. She studied music at Peter Kings College of Music, May Music School and Musical Society (MUSON)Lagos.
Her official single “We Are One” was released on the 6th of September,2016. Ucha Df has performed at various international and local events, and is inspired by a wide range of artistes including Alicia Keys, Asa,Tony Braxton,Ella Fitzgerald, Steve Wonder,Micheal Jackson, 2Face Idibia,   Fela Kuti,Angelique Kidjo,and Tina Turner .
She is currently a Band Director and Music Teacher at Nigerian Turkish International College, Abuja.
The Guest Writer Session which also features a raffle-draw for books, runs from 4-7 p.m. and is open to the public.