Press Release.
Akunebu,Kaze and Okere Kickstart AWF’s 2017 Literary Season
Uche Akunebu, Doug Kaze and Nnaemeka Okere, will kickstart the 2017 literary season of the Abuja Writers Forum (AWF), as they share the spotlight during the February 25 Guest Writer Session at Nanet Suites.
Uche Akunebu is a journalism teacher with the International Institute of Journalism (IIJ) Abuja and the Vice- chairman of Association of Nigerian Authors (ANA) Abuja chapter.
He is a public scholar, poet, playwright and essayist. He has authored the following literary and academic books:Tears in Tanzania, Circle of Corruption, Floodgates of Feeling, Eclipse of the Sun, Come and Eat, Sons of a poet, As the Ancestors Please, Oga Vendor, Amaka, A Press Man and His Pen, Fundamentals of News Writing and Reporting, Specialized Writing and Reporting, and Press freedom in Nigeria: The Struggle so Far.
Uche is a twin, married to a twin, Dr Amaka Akunebu, and is blessed with two boys.
Doug Kazé was born to civil servant parents in the city of Jos, where he was educated at St. Murumba College and the University of Jos. As a child, he was drawn to music, listening to his father’s reggae collections and watching keenly the likes of New Edition, Michael Jackson and Bob Marley on television. As a teenager in the 1990s, he fell in love with hip-hop and rhythm and blues.
During these years, he began to explore the art of songwriting and developed a collection of his own original songs.
His musical tastes also expanded over time to include soul and rock, paying attention to artists like Kirk Franklin, Fred Hammond, DC Talk, Among Thorns, and Hillsong. On the other hand, local folk music had always been available in his community as he grew up.
After several failed attempts at starting an independent music group, in 2004, eventually, he founded a rock band, Trybe of the Sealed.
In 2014, Doug recorded and released a self-titled album, an experimentation with diverse sounds and influences towards a soulful, folky African sound.
Recently, in December 2016, he released his second album titled “Paradigm Shift”. Doug’s drive for his art is to provide thought-provoking lyrics that address social issues and promote love and peace in society.
He has written poetry and fiction since his secondary school days. His poetry has been published in the online journals The Houston Literary Review (defunct) and Aerodrome.co.za, and his fiction in Cavalcade and Type/Cast.co.za.
In 2011, he published a collection of short stories titled Eyelash Magic.
Nnaemeka Nwankwo Okere is from Imo state, Nigeria. He was educated at Umuorisha Primary School and Umuohiagu Secondary School, respectively. He obtained his B(ED) in English and Comparative Literature at the University of Uyo, Nigeria. He is a member of the Abuja Literary Society, and Abuja Writers Forum.
He doubled as an Election Media Monitoring Expert and Election Facilitator, with the European Union Election Observation Mission in Nigeria in 2011 to 2015.
He is the author of an award-winning book, BLOOD AT NOON, a masterpiece that chronicles the unsuspecting bombing of Afor-Umuohiagu market, and the intrigues that follow, in a full market session during the Nigeria civil war.
Apart from being a trained teacher and a passionate writer, he engages regularly in public speaking and has delivered series of lectures to corporate organizations, universities, and churches. He is happily married to Faith, and they are blessed with a son, Arinze. 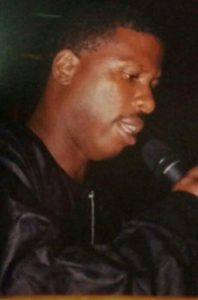 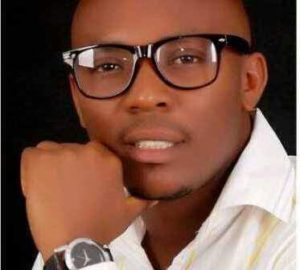 The Guest Writer Session which also features a raffle-draw for books, runs from 4-7pm and is open to the public.
Edith Yassin,
AbujaWriters’ Forum (AWF)
Abuja
08051614969
abujawriters@gmail.com
www.abujawriters.com