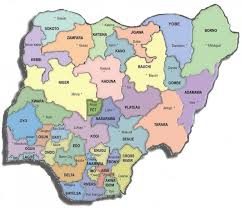 There is now emerging in the country a convergence of opinions that forced and early marriages represent a challenge and a drawback especially as it affects issues around maternal mortality in the country according to Vice President Yemi Osinbajo, SAN.

Speaking at a meeting today with delegations from the United Nations Population Fund (UNFPA) and the Department for International Development DFID, Prof Osinbajo observed that respectable people in the society are now beginning to speak up on the issues.

” I think there is a convergence now on many of these issues; on early and forced marriage, people have clearly identified that this is a major drawback for development and a major problem for us,” according to the Vice President.

Prof. Osinbajo added that quite a few people who are respected, “whose cultures and systems are involved, are already speaking up and are being listened to.”

He was responding to the submissions made by the Executive Director of the UNFPA, Prof. Babatunde Osotimehin and the Permanent Secretary of the UK’s Department for International Development, DFID, Mr Mark Lowcock on the need for the Federal and States government to work with global agencies to reduce maternal mortality in Nigeria. They proposed a new global initiative to address maternal mortality in Nigeria.

Osotimehin, a former Health Minister in Nigeria said maternal mortality rates in Nigeria are among the highest, with 111 dying on a daily basis.

Both Osotimehin and Lowcock sought the assistance of the Vice President to encourage state governors and the National Economic Council so that the federal and state governments can work together with international agencies to address the crisis of maternal mortality in the country.

Responding, the Vice President expressed hope that  the nation is “at a moment and time when a lot is happening, a lot has been achieved and a lot has been done. So, we are in a moment when a lot can be done,” adding that the issue can be dealt with promptly.

He promised the delegations that the governors would be open to working together on the issues alongside the federal government and global agencies like the UN and DFID.

While appreciating the work done so far by the UNFPA and DFID on the situation, the Vice President encouraged them to hasten the process of scaling up their interventions in addressing issues associated with maternal and child mortality.

The Vice President added that the state governments would be encouraged to embrace the initiatives and sign up, as key partners in the renewed campaign to contain maternal and child mortality in Nigeria.

” I think this is the kind of issue that most of us will be happy to work together on and am sure if we work this out well we can make this happen without any difficulty. So am very confident that we can really work with you on this,’’ according to the VP.

Earlier, Prof. Osotimehin informed him on the UNFPA’s plan to restart a national programme to reduce the rate of maternal and child mortality in Nigeria, especially in the North. He said the new initiative, if well implemented, would drastically reduce the incidence of maternal deaths.

” The UNFPA in partnership with the DFID is proposing a programme that will ultimately reduce maternal mortality in Nigeria by 30% through a child spacing and family planning initiative.’’ Osotimehin said.

On his part, the Permanent Secretary, DFID, Mr Mark Lowcock acknowledged the challenge posed by maternal and child health, stating that it was more of a development issue than a health challenge. He said the DFID was already financing a programme that supports 6 million couples every year on family planning.

Nnenna’s take on how to survive the recession